Did you know there are over 200 insects that are safe to eat and edible? Ew, Gross! Realistically, people from all over the world take part in an insectivore diet. Call them crazy, but you might change your mind after reading their nutritional value. For example, did you know you can cut almost half of the calories produced by fat when consuming grasshoppers rather than a burger? Mind you, you have to eat a substantial amount of grasshopper to equal the same protein as one quarter pound patty, but you’ll be a lean mean insect machine. But finding a good source of protein is not the entire buzz on this article, so let’s get into it.

Like Grasshoppers, crickets can be a great paste, blended up and served over steak.

Fortunately, there are many people who are afraid of these guys, however, too many, scorpions are just an everyday treat, covered in chocolate.

What in the heck is a Potato Bug? This bug is related to the Ant family and while, many people might eat Ants every day, the Potato Bug is probably something many will stay away from given its bee-like looks and ability to sting.

Anteaters are not the only ones to take part in this meal, in fact, many countries and people all around love the taste of Ants. I can’t say the same…

You may or may not be freaked out to know that Worms are one of the most common insects eaten around the world, if not by humans, by fish, yes, if you’re ever hungry cause the worm just won’t catch that fish, just pull the reel and eat it yourself.

I’ve heard Termites taste bland, maybe it is all that wood they are consuming? Well, if you want to dine on something a little more earthy, you might decide to eat a Termite.

Tarantulas? Believe it or not, many people in deserts eat them daily. Fry it over the fire and dig in, just make sure to savor the flavor of those eyes.

Yeah, Leeches are edible. Don’t believe me? Look it up! Although, I wouldn’t even consider this one.

This Beetle can commonly find itself being mashed and ground for its nutritional value and apparently, its flavor?

Yes, the Dragonfly is very edible, and in many countries around the world, this fly is produced for the sole purpose of dinner. As for me, I couldn’t eat any wing without meat.

So there you have it, 10 savory flavors of insects for you to dine on when the zombie apocalypse breaks out and you haven’t any canned beans. 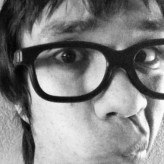 John Noret is a Las Vegas transplant from Anchorage AK. He has been involved heavily with the Consumer Electronics industry for over 8 years and continues to be involved as a life long passion.